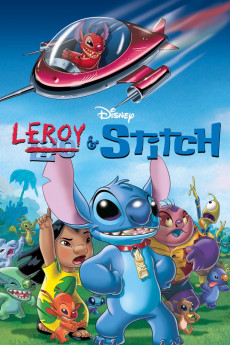 Action / Adventure / Animation / Comedy / Drama / Family / Sci-Fi Lilo, Stitch, Jumba and Pleakley have finally caught all of Jumbas genetic experiments and found the one true place where each of them belongs. Stitch, Jumba and Pleakley are offered positions in the Galactic Alliance, turning them down so they can stay on Earth with Lilo. But Lilo realizes her alien friends have places where they belong, and its finally time to say "aloha." Meanwhile, Gantu has left Earth and broken Doctor Jacques Von Hamsterviel out of prison, whos planning to create and clone a new experiment named "Leroy," one that will allow him take over the galaxy.